📌
It's an important day for Sanity. Today, I am announcing a special series dedicated to suicide prevention, in association with Mariwala Health Initiative.

I strongly believe that tackling suicide – one of the biggest public health crises of our time – calls for a fundamental change in the way we think and talk about suicide. Yes, we need to dismantle stigma and fatalism. But more crucially, we need to create wide public awareness that suicide is a socioeconomic scourge and not just the outcome of 'mental illness'.

Through this series, I am excited to introduce you to people and organisations doing extraordinary work in suicide prevention in the global south; bust myths about suicide; and ultimately, create space for reflection and action, empowerment and hope. The entire series will be free to read.

As regular readers of Sanity know, suicide prevention is personal to me. This series is the outcome of months of planning, preparation, research, and reporting. Please help us spread it far and wide. Share it liberally (don't forget to add a trigger warning). Tag us at @toymango and @mariwalahealth. And as always, do write to me with your thoughts and questions, wherever in the world you are.

Includes references to suicide, including suicide among children.

A few years ago, I was speaking on a panel on suicide prevention in New Delhi. My co-panellist Soumitra Pathare, director of the Centre for Mental Health Law and Policy, asked for a show of hands to check how many people present in the hall had been in some way affected by suicide or attempted suicide.

Almost everyone in the nearly hundred-strong audience raised their hands, as did all of us panellists. "I am not surprised," Pathare said. "This is the typical response I get whenever I do this experiment."

I often share this story when I am asked why the general public – you and I – must take an interest in suicide prevention. We may not like to think about this in the course of our everyday lives, but suicide is not someone else's problem. Suicide prevention is everyone's business, never more so than in the world of 2022.

The silver lining is, everyone can indeed help save lives. You don't have to be a mental health professional to prevent suicides. But beyond what we can do as individuals, as a society we have to fundamentally change the way we think and talk about suicide.

To begin with, we need to abandon the myth that every suicide is the outcome of 'mental illness'. And we must reckon with the deep socioeconomic factors that make suicide one of the biggest public health challenges of our time.

Many of these factors are unique to low- and middle-income countries (LMICs), which account for the vast majority of suicides globally. But they don't get enough attention in an ecosystem dominated by western, high-income countries. This must change too.

I am grateful that with the launch of this special series, featuring powerful suicide prevention insights from LMICs in the global south, Sanity gets to reinforce its commitment to this change.

To be sure, suicide was a massive public health crisis in LMICs long before the pandemic and its attendant avalanche of socioeconomic distress. In India, for instance, suicide was already the biggest cause of death in people under 40. Overall, before the pandemic, more than 77% of suicides globally occurred in LMICs. Reports from a number of these countries in the past couple of years reveal just how brutal the crisis is today.

When you read those numbers, remember that research on suicide predominantly takes place in high-income countries, so we don't know the full extent of the crisis in other parts of the world. Also remember that suicides tend to be underreported because of stigma, so the reality could potentially be a lot more disturbing.

To prevent suicides, we need to change the way we think and talk about suicide

Despite its ever-looming presence amidst us, as a society we shun all talk of suicide except during token panel discussions on the World Suicide Prevention Day.

In the process, we also tune out the hopeful truth that suicides are in fact preventable.

There are many factors to blame for this deadly nexus of stigma and fatalism – from the lack of literacy on the topic to policy inaction. The one piece of the puzzle that I, as a journalist, am keenly interested in is the role of my own profession.

How the media covers suicides is known to have a direct impact on suicide rates. However, globally, the media's suicide coverage has struggled to shake off two troubling practices.

And second, abetting the myth that all suicides are the result of mental illness, downplaying the role of socioeconomic stressors that are felt most harshly by marginalised and vulnerable populations.

The latter attitude remains poorly understood and has far-reaching implications. Suicide is a complex problem that does not have a single cause and cannot be explained by the knee-jerk attribution to 'depression' rampant in the media.

Factors such as exam pressure, poverty, unemployment, discrimination, domestic violence, and, in the era of Covid, the medical gaslighting of women, play an equal – and sometimes even more significant – role. But this perspective is almost entirely missing from our public discourse.

This is a prime reason we are unable to move past biomedical interventions – eg, prescribing more pills, or hopelessly shallow ones – eg, removing ceiling fans from college hostels, instead of addressing the deeper structural and systemic ills that drive people to extreme measures.

The good news is, powerful new models of suicide prevention are emerging across LMICs that factor in these complexities and look beyond quick fixes. I have had the opportunity to learn about some of them in depth.

Before the pandemic, when I worked a different job, I travelled to a village in western India where a community mental health project trained villagers – some of them school dropouts – to spot distress among family members, friends, and neighbours, and offer them counselling before the distress turned into a full-blown crisis. I met some of the beneficiaries of the programme who told me how timely help had saved their lives. The initiative, named Atmiyata, has been celebrated as an exemplary project by the World Health Organization.

I also learnt afresh that we can all save lives from Yeshim Iqbal, the founder of Bangladesh's first-ever suicide prevention helpline, entirely managed by young volunteers with no 'clinical' training.

And a conversation with Daiane Borges Machado, a researcher who told the world that in Brazil, a cash transfer programme had led to a dramatic fall in suicide among the country's poorest families, helped renew my faith in policy action.

A series dedicated to hope, empowerment, and action

In the past 15 months since the launch of Sanity, I have told you some of these stories. And I have despaired about my resource constraints and the limitations of my own privileged bubble that stopped me from telling many more.

Which is why today is a big day for me. I am excited to announce a partnership with Mariwala Health Initiative (MHI), which focuses on mental health and marginalised communities, for a series of stories dedicated to suicide prevention in LMICs in the global south.

MHI is a grant making, capacity building and advocacy organisation that works on fostering an environment of accessible, affirmative, rights-based and user-centric mental health care. I have been an admirer of its work – notably, its support to grassroots mental health initiatives like the one in the village I visited. Our values align, particularly our view of suicide as multifactorial and intersectional issue.

With MHI's funding*, over the next few months, I will bring you stories of people and organisations doing vital work in suicide prevention in the global south; bust myths about suicide; and ultimately, create space for reflection and action, empowerment and hope.

This series is the product of months of background work, and will be entirely free to read. I have only one request for you: share it far and wide (don't forget to add a trigger warning). Tag us at @toymango and @mariwalahealth.

And as always, do write to me with your thoughts and questions, wherever in the world you are.

A message from Mariwala Health Initiative

"Every year, more than 800,000 people die by suicide across the world, and India accounts for around 17% of these deaths. Suicide is the leading cause of death of youths aged 15-29 years. Suicide is a global public health problem, but more than 3/4th of these deaths occurred in low- and middle-income countries.

World leaders agreed to decrease suicide deaths by a third by 2030 as part of sustainable development goals and included suicide rate as an indicator under SDG 3. Yet, there is very little conversation in private or public on this topic.

One reason for the absence of a national level public discourse on the suicide crisis is poor understanding of the issue at hand. At Mariwala Health Initiative, we are committed to changing the conversation around mental health in India, and suicide prevention is a key part of this effort.

We aim to enhance the voices of people with lived experience, such as persons with mental health issues, caregivers, survivors of suicide, and families bereaved by suicide loss. We believe that people with lived experience should lead these conversations on mental health and suicide prevention and be given prominent space in public policy discourse.

To further the conversation around suicide and its prevention, we're partnering with Sanity by Tanmoy to discuss effective and holistic approaches to view and understand suicide prevention strategies and programmes. Tanmoy has himself battled with suicidal thoughts and has written profoundly about his experience. His thoughtful writings covering wide-ranging aspects of mental health not only inform us about the topic but also provoke us to think beyond popular themes of mental health.

We are sure that this collaboration will enhance the cause and give us an opportunity to reflect on the issue of suicide through a psychosocial lens and initiate wider discussions."

*I publish Sanity's financials in my annual report. See the last one here.

Suicide Prevention | in Association with MHI 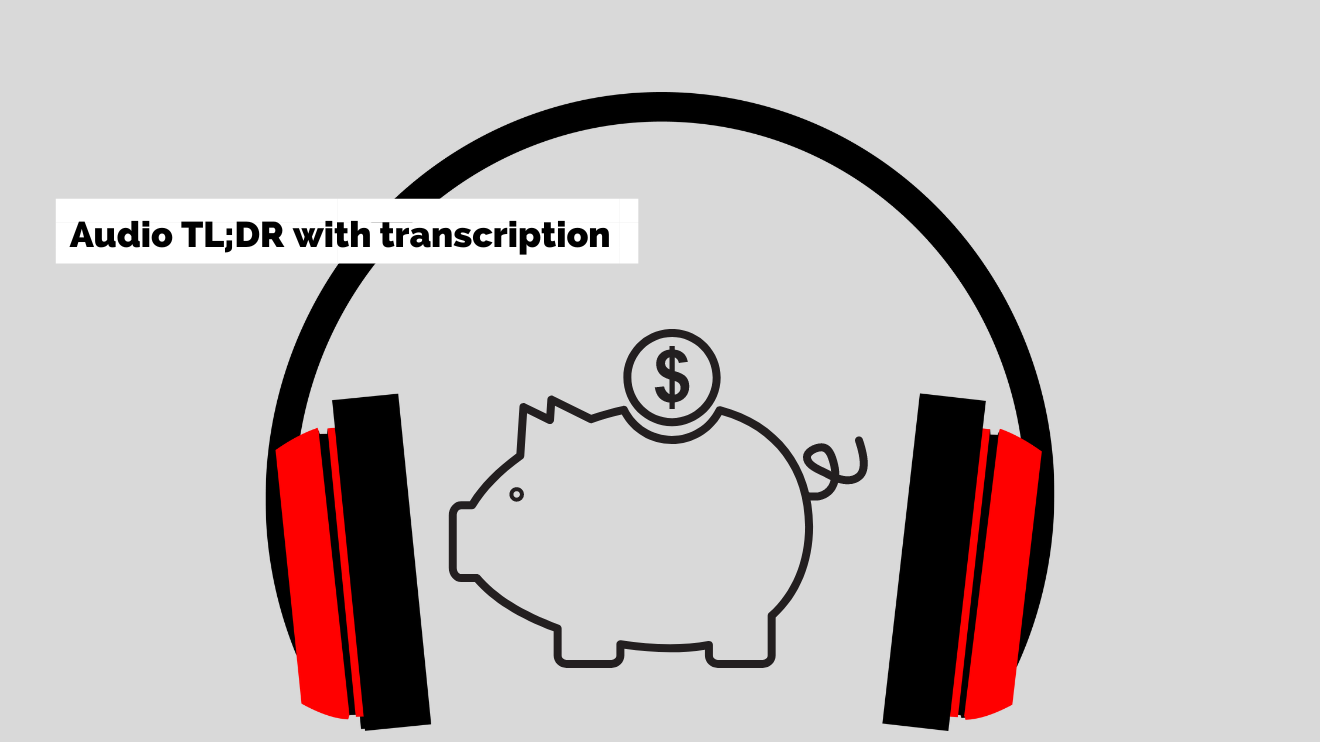 Listen: When cash is better than antidepressants

If I were to tell you that there exists an intervention that could cause a 61% drop in the likelihood of an individual dying by suicide, what would you guess it could be? 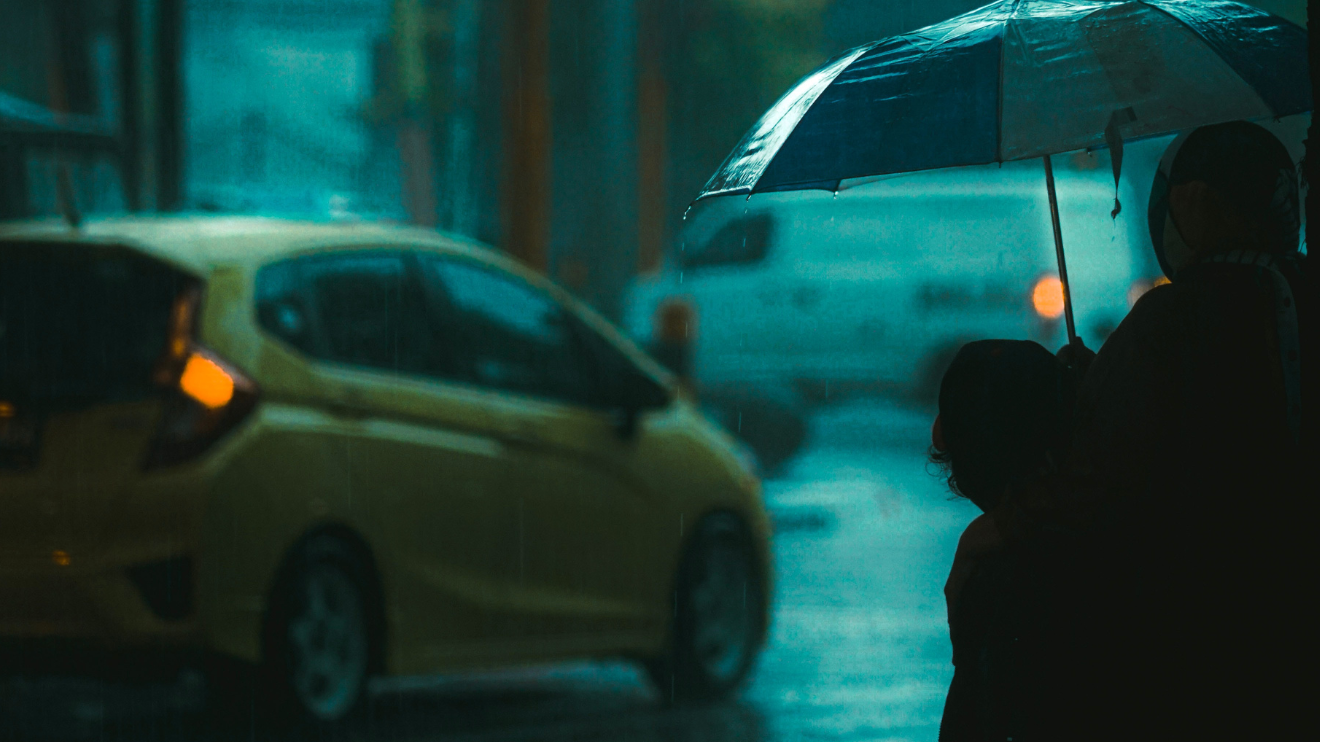 What Indonesia can teach us about suicide prevention after Covid

Loneliness, financial insecurity, and marginalisation aggravate the risk of self-harm and suicide related to Covid, confirms a new paper from the Southeast Asian country. Are policymakers listening?