Happy second birthday to us 😊😊. Congratulations, we made it. Again!

What were the odds of this thing lasting a whole 24 months? In a more logical world, I wouldn't be writing my second annual report for you. I would definitely not be writing it 7,000 km away from home, sitting in a place which felt like an absurd fantasy just months ago. I wouldn't be preparing for year three – year three – of this mad little adventure we began in the middle of a pandemic that swallowed whole far bigger things. And, as you will see by the end of this report, I wouldn't have closed the year by making a decision that I am told defies the conventional rules of the creator economy.

None of this would make sense in a logical world. But then, if there's one thing building Sanity has taught me, it is that logic is overrated.

Sanity's first edition went out on December 15, 2020. It's a funny thing, memory. It's easy to forget what the world of December 2020 felt like. The pandemic's early chaos had felled my employer. I was numbed by the loss of the world's greatest colleagues. And I had not the vaguest idea how to begin rebuilding my livelihood as a 'solo creator' in a part of the world where the vast majority of newsletters die a swift, lonely, impoverished death.

Even as I pressed 'publish' on the launch edition of Sanity, I thought okay, so this is what midlife crisis looks like for an out-of-work journalist.

But you – you wouldn't let me wallow in insecurity. You showed up. By the hundreds. Then, by the thousands. From all over the world. I mean literally from across six continents. And now here we are. Joint custodians of something the world has never seen before: an independent, reader-funded mental health storytelling platform, proudly rooted in the global south. A beautiful, curious two-year-old.

Why do I publish these annual reports? No one asked me to. Not even those of you who so generously support Sanity financially so I can keep going. I publish them because when you love your work and cherish those you do it for, accountability isn't an obligation but an addiction. I do it because maybe there's a lonely creator out there who needs to know there's at least one person who understands.

Learning is a fulltime job

In these 24 months – and particularly in the 18-odd since leaving Substack for my own website – I have felt my brain groan with growing pains. My priority through it all has been to grasp at survival, personally and professionally.

The former I am still not that good at. I have excellent support from mood stabilisers and antidepressants and a genius therapist. But still, I only feel like a survivor, whatever that word means, a few days every month. Let me say it the way it is: But for my boatloads of privilege that allows me access to quality care, I'd have been a ghost. Gone. Poof.

Professional survival has been a more, dare I say joyful, pursuit. Yesterday I was flipping through my notebook where I maintained my pre-launch to-do lists. 'Learning' is fast becoming a buzzword, but gosh – it struck me that I have indeed been devouring new lessons almost at the pace of ChatGPT.

And through it all, I've been learning to shed the wishful thinking – a legacy of the big newsrooms where a legion of people supported me so I could do my job – that someone else is coming to take care of the stuff that I don't like doing.

A century of posts

I have sent out an edition almost every week this year (except that time when I broke my back or when I was moving to Oxford).

The Sanity website now has 100+ posts. I don't track granular data, but based on a combination of open rates (which have ranged between 40% and 65%) and reader feedback, the stories that have gotten the most love include:

Going into 2022, I knew it would be a tough year financially. The Covid bump to independent creators would begin to flatten. Newsletter fatigue would set in. Economic precarity would make every dollar spent on things such as newsletter subscriptions difficult to justify. The chaos unleashed by new payments regulations would mean losing dozens of subscribers almost by default. Then of course, my writing would outlive its utility for some of you. Others would find better, worthier things to support.

All that reflected on the business this year. Free subscriptions continued to grow, but monthly recurring revenue from paid subscriptions dropped slightly. I had to purge inactive subscribers since Ghost, the content management system I use, charges me for the total number of subscribers signed up.

Thankfully, that's where the rough news ended. I had a powerful realisation this year: The trick to making a niche platform like Sanity sustainable is to diversify. I am happy to report that I made promising headway with some exciting consulting, teaching, and speaking assignments.

I have done work with the Knight Centre, University of Texas; Columbia Journalism School; the University of Amsterdam; the Centre for Mental Health Law and Policy in India; Sangath, an Indian mental health NGO; and Plum, an employee health insurance startup; among others. Hit me up if you want to discuss an idea.

At the end of the day, I have made the choice to work for myself because I find the hostility and purposelessness of typical workplaces impossible to tolerate. This means making peace with uncertain income (and the guilt of not doing the very best one can for one's family – I know, unreasonable, I shouldn't, but well).

It also means finding validation in other gifts – and what an absolute bounty 2022 delivered.

I think we can call that a pretty stellar year 🤩.

Creator life is nothing without the freedom it gives you to tinker with new stuff. And 2022 was the year when I let rip.

Year 1 is the honeymoon period for any new platform. Some of that sweet momentum carries you through year 2. I imagine year 3 will be all about endurance.

So here's what I promise you. No flashy stunts. No dazzling 'innovations'. Just consistent, sincere, boring hard work. I will show up for you and do the best work I can. I will keep plodding away at the goal of telling stories about mental health that no one else is telling. I will try not to do any of this at the cost of my own healing. And I will fiercely guard the values that you love Sanity for.

It's those values that led me to decline a funding offer for Sanity this year. Thank you for the dozens of messages you have sent me proving that I did the right thing, even though it may not be considered a model decision for anyone seeking to build a media empire.

This also means I need you by my side more than ever. So if you haven't already, please join Sanity as a paying supporter now, and share my work with anyone who might be interested.

Let this be the defining epiphany of 2022: Not every idea needs to 'grow' and 'scale' and take over the world. Some ideas fulfil their destiny when they remain small and serve the world in their own small way.

What can be a better definition of sanity?

Enjoyed reading this? Share it with friends. And please consider supporting my work by choosing one of these options: 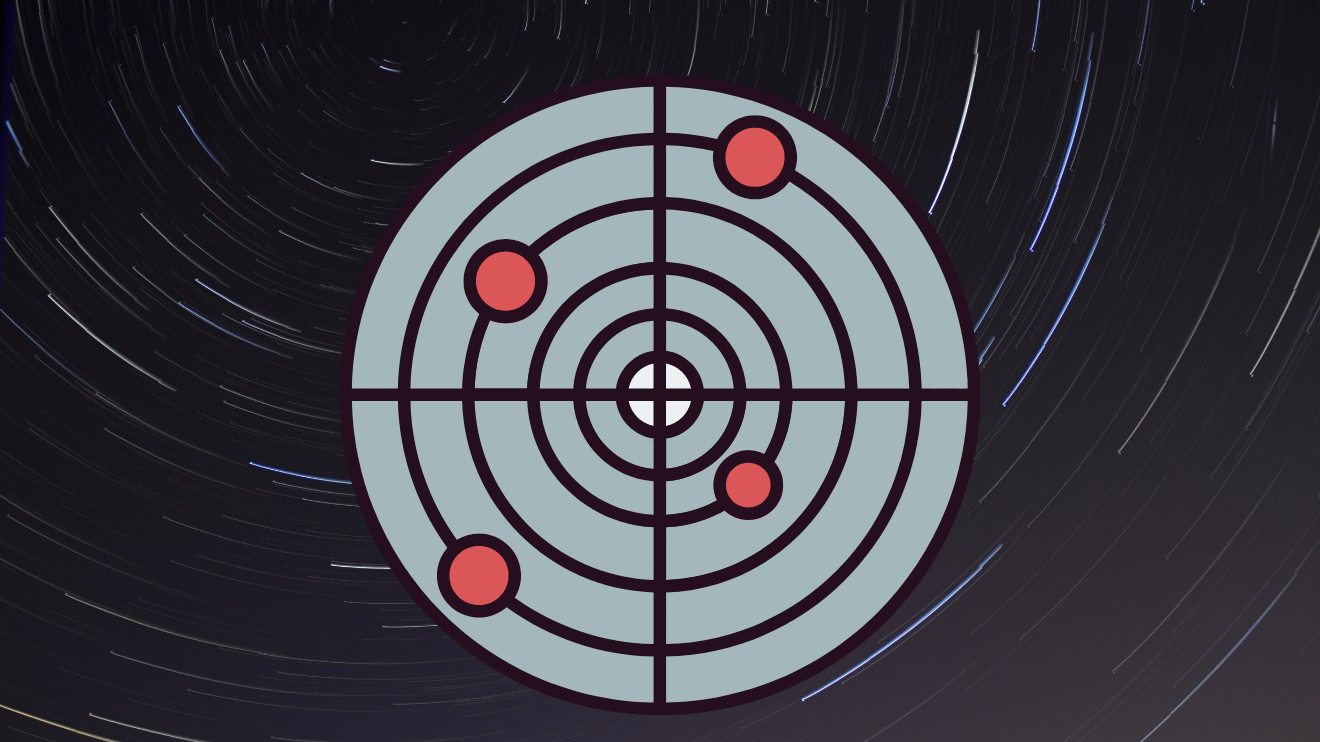 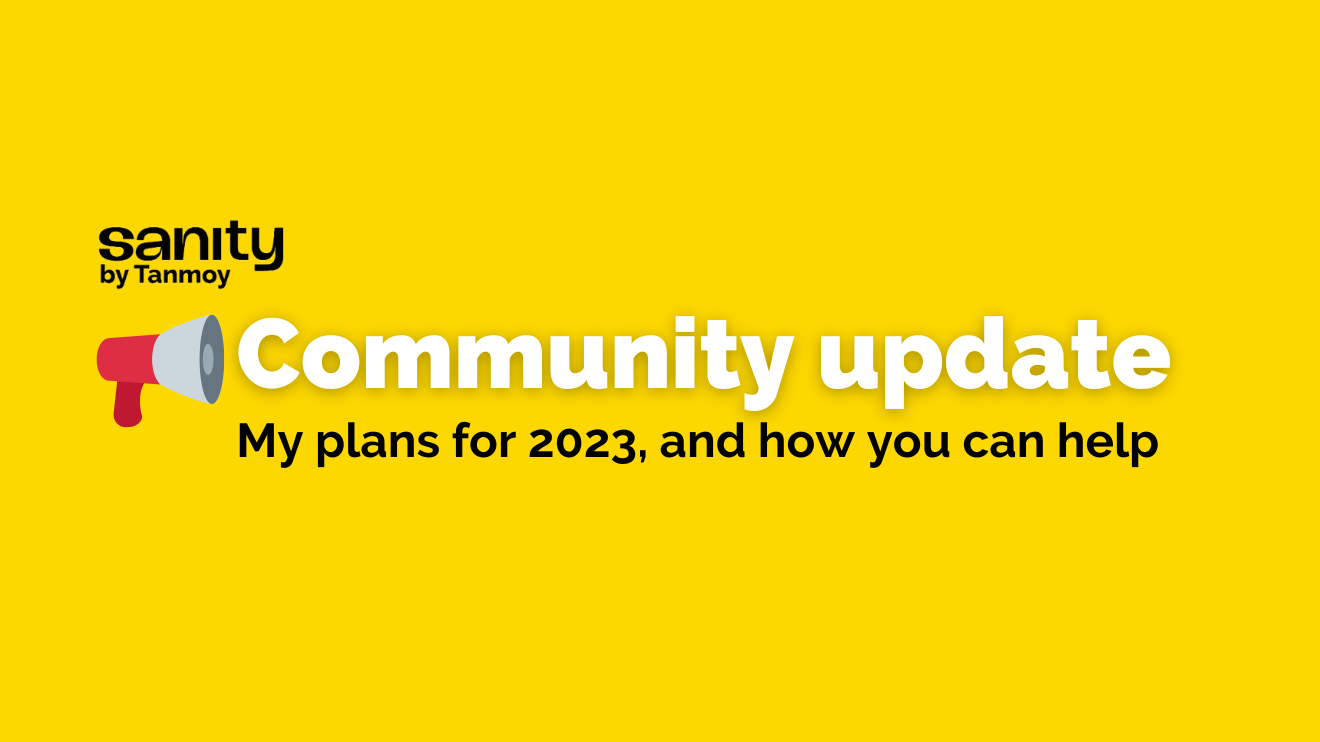 📌 A little video message to start the year